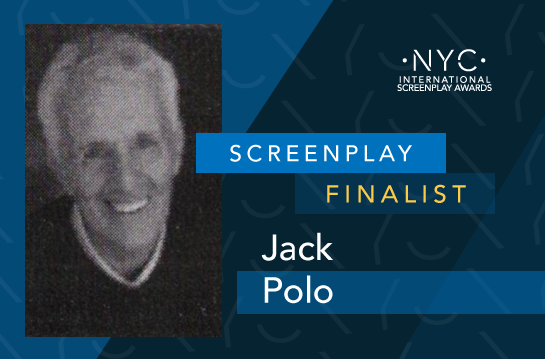 Where were you born? Cleveland, Ohio, but we moved to California when I was in kindergarten.

Where do you live? Torrance, CA

And what’s your hobby? Golf, but it’s not a hobby, it’s an addiction.

Where did you come up with the concept that just placed as a Finalist in the screenplay contest? They say history is written by the winners and I always am intrigued by what’s left unsaid or covered up.

How long did it take you to develop it into the screenplay it is now? I was lucky because this idea just bloomed pretty much full blown: so I just had to make sure I kept the reader turning pages. 3 months.

From concept to finished draft, can you take us through your screenwriting process? I don’t bind myself to a set number of pages each day. I tried that once and I was more concerned about the quantity of the pages instead of the quality that was on them. So now I try to sit down in front of the computer and make progress, even if it’s only a half-page. But if the writing isn’t coming – and my best work is when the characters speak for themselves. I just go indulge my addiction.

When did you realize that you wanted to become a screenwriter? When I saw Butch Cassidy & The Sundance Kid and realized that somebody wrote it.

Who are you biggest filmmaking/screenwriting influences? Hard question since there are so many great ones, but Coppola, Wilder, Tarantino and Spielberg.

What about their style do you like or borrow? Coppola’s masterful way of blending so much history so seamlessly. Wilder’s style over different genres – from the darkness of Double Indemnity to the slick comedy of Some Like It Hot.

Have you ever been obsessed with a movie or TV show? If so, which one? Why? Godfathers- I and II: Chinatown. Both for their complexity, reversals and amazing acting.

What’s your favorite moment in cinema history? Why? “I’m gonna make him an offer he can’t refuse.” “Forget it, Jake, it’s Chinatown.” And probably because it’s so joyful – When Dumbo flies.

Who’s your favorite character in cinema history? Why? Vito Corleone (both Brando and Pacino). Because he’s so smart and ruthless.

If you could talk to anyone from any era, who would it be and what would you ask them? Jesus. Am I forgiven?