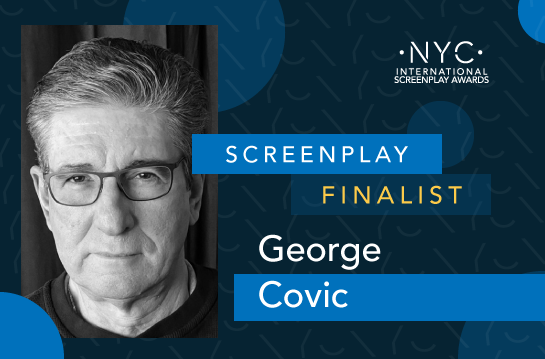 The idea came from an article that read. It took about a 6 moths off an on to develop.

First, I develop an outline. Then add all my plot points. Write a rough first draft. Then set it aside and do re-writes until have it where I want it. Then get feedback and do another re-write until it feels as complete as possible.

I always enjoyed writing/telling stories. I do that a lot with my still photography. Love photo journalism.

Who are your biggest filmmaking/screenwriting influences? / What about their style do you like or borrow?

Harold & Maude, Cool Hand Luke, Shawshank Redemption, One Flew Over The Cuckoo’s Nest, Jaws. All classic stories and film making. learn something new every time I watch them.

There’s just too many to list.But, I do like the moment that we find out that Tim Robbin’s character was digging a hole in the wall of his cell in The Shawshank Redemption.

I love Ruth Gordon’s character in Harold and Maude and Jack Nicholson’s character in One Flew Over The Cuckoo’s Nest.If you could talk to anyone from any era, who would it be and what would you ask them? I would talk to Steven Spielberg and ask him what is his process from start to finish.