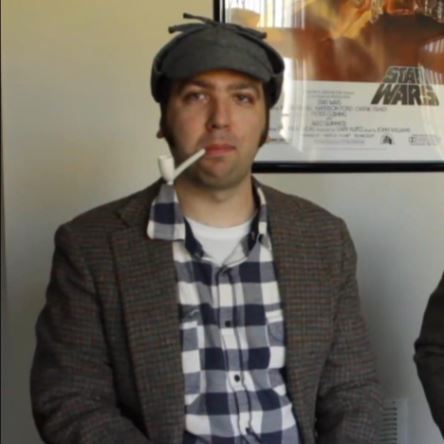 My name is Alex Surowitz. I was born in the Philippines but grew up all over the country, mostly in Williamsburg, VA. I currently live in Grand Rapids, MI. I like to read, write, draw, play video games and, of course, watch movies.

The original idea was actually the first film I made in college, back in 2009. That project was very well received at the time, but I always felt it could have been done better. So around 2018, I decided to revisit it. I went through a few ideas to try and keep the exact same story, but I eventually settled on rewriting it from the ground up. A few months later, it became what it is.

Most of the time, I’m inspired by something I see or hear. From there, I kind of build around that core inspiration by asking myself how many directions I could go in. I’ll talk to people to get their thoughts on if the idea makes sense. A rough outline follows, and I fill in the blanks with the characters. I like to think I’m writing down their story that they’re telling me.

I did a lot of creative writing in high school. The one thing I heard over and over was that my writing read like a movie. After the fourth or fifth time, it occurred to me that maybe that’s something I can do.

I like to take a little bit from everyone I meet or see. It all depends on what I’m going for. Hitchcock is always my go to for suspense. I like the way he builds things up but can keep a light tone. Christopher Nolan is another big influence. His focus on story and character always inspires me to make sure every character has a reason for being there to drive the story. Sam Raimi is another brilliant mind that manages to keep the balance in his stories.

There are too many to count! My favorite show of all time has been “Supernatural.” The chemistry of Sam and Dean and all the others is amazing. I’ll obsess over any movie to try and get people to see them. They take me places I’ve never been and show me what can be done. From early examples like “The Thin Man” series to 80s fantasy like “Ladyhawke” or “Conan the Barbarian” or even 2002’s “Spider-Man,” I like to see people’s reactions to the same films that inspire me.

In the original “Star Wars,” there’s a shot of a stormtrooper hitting his head on a door. It’s a quick shot you might miss. But to me, it demonstrates how little mistakes can make it into even the biggest and best stories. And they can be forgiven.

Again, there are so many. But I think Nick Charles from “The Thin Man” movies. He has a rare type of whit and an appealing take on the upper class while at the same time coming across as somebody you want to have a drink – or six -with.

I would like to talk to Stan Lee, just after creating my favorite superhero Spider-Man, and ask him how he created such an inspiring character.