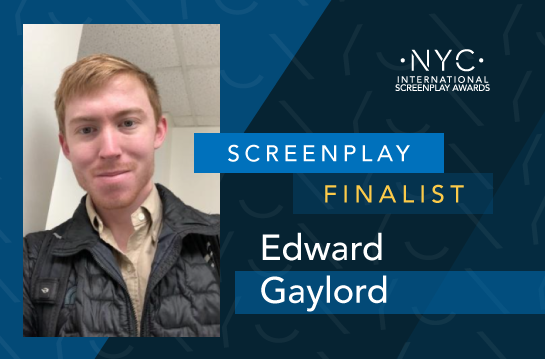 My name is Edward King Gaylord III. I was born in California but currently live in Arizona. Aside from writing, spending time in the outdoors has always been my passion.

Reservoir is heavily inspired by the works of Frank Miller, particularly in terms of the noirish dialogue / aesthetic sensibilities of the project. I first began writing Reservoir three years ago and now have the 401-page script for the first season more or less finalized (after many rewrites).

Reservoir was initially conceived as a secular crime drama set in the near future, however over the course of developing the project the narrative began to shift towards a supernatural focus. While its themes and character arcs may have changed, the impetus for the unfolding events has remained – thereby retaining an emphasis on the familial conflict at the heart of the story.

Reading Paul Schrader’s script for Taxi Driver was a profound experience which first compelled me towards the medium. Like poetry, I believe screenwriting allows the writer to “say more with less” – which is always an exciting proposition.

Aside from the aforementioned writers (Frank Miller & Paul Schrader), I am also highly inspired by the screenwriting of Robert Rodriguez and Charlie Brooker. Rodriguez has a unique talent for evoking a grindhouse atmosphere through dialogue. Brooker is renowned for his mind-bending twists which are curated by subtle foreshadowing. I hope to accomplish both narrative feats in Reservoir by learning from these masters of the craft.

Recently, I’ve been obsessed with the television drama Animal Kingdom, developed by Jonathan Lisco. What is most striking to me about this show is its ability to interweave the arcs of its characters in a way that allows the audience to appreciate the familial dynamics at hand without ever needing to explicitly enunciate them in dialogue. This presents relationships which are more realistic to how families in crisis operate and also makes the implications of their behavior / past traumas that much more sinister. The subtlety of the show is its greatest strength, a lesson I aim to bring to Reservoir.

My favorite moment in cinema history comes at the end of an episode of The Leftovers  (Season 2, Episode 6) when a rock is thrown through the window after the protagonist expresses his increasing mental instability to his new partner. The timing of the rock crashing into the scene, with the music stopping at the moment of entry, is just perfect.

My favorite character in cinema history is Marge Gunderson in Fargo, played by the incomparable Frances McDormand. Her character manages to exude strength while also retaining a level of vulnerability necessary for the audience to relate to her struggle. She is complex without having an elaborate backstory, simply by virtue of being so grounded in the reality of her setting. Every time I re-watch Fargo I’m always impressed by her characterization, especially given that she doesn’t even make an appearance until at about the half-way point of the film.

If I could talk to anyone from any era that person would definitely be Albert Camus. He is my all-time favorite author, mainly for writing The Stranger and The Myth of Sisyphus – two works which both still keep me up at night. His perspective is haunting yet beautiful, in a bitter-sweet way, and I would cherish the opportunity to speak with him (albeit I’d have to learn French / Ouija first).

Thank you for your consideration.