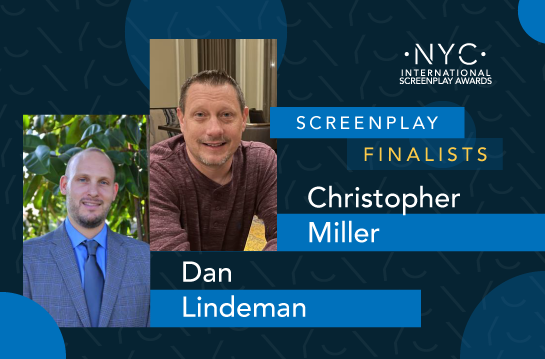 We both live in Coral Springs, FL.

Where did you come up with the concept that just placed as a Finalist in the screenplay contest?

This screenplay is inspired by our experience and events at our former church, which became an interesting time in our lives.

How long did it take you to develop it into the screenplay it is now? 3 years

We started by laughing at all the crazy things that happened at our church and decided it could be a show or web series. We brained-stormed scenarios and developed characters and profiles. We first developed a content document with character profiles/backgrounds and a short overview of 10 series with story arcs. We then wrote the pilot, meeting every other week for almost a year and a half. We took a class on screenwriting and hired an editor to help with the format. Once developed we sought feedback from contests, friends, colleagues, etc. We did several read-throughs with friends and family playing different characters to test the characters.

About four years ago when we realized our experience at our church could be a show or at least bring some laughs, we decided to learn how to do screenwriting.

The style of our show is inspired by producers and writers from shows such as the Office, Parks and Recs, Community, Seinfeld, Insecure, Friends from College, Silicon Valley, Atlanta,

We love good dialogue that is funny but relatable to the real word. We also like writing that highlights some of the crazy or silly day-to-day things we get caught up on in this country.

We both love Seinfeld and Curb your Enthusiasm. We love the way they make fun of real-life issues. Silicon Valley and the Office also are favorites. We like shows that poke fun at everyday life or work situations

When Jules (Samuel L Jackson) remained cool in the diner with Yolanda, – it’s such a well-written scene.

George Baily – he is the kind of guy you always route for.