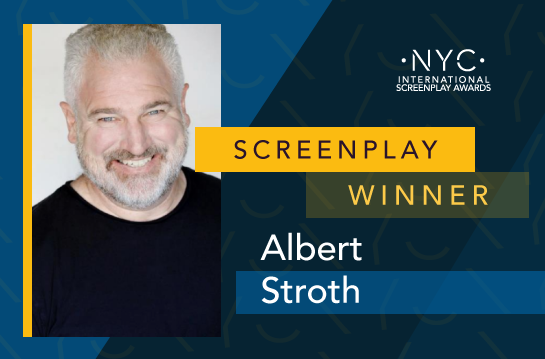 My name is Albert Stroth and I was born in San Francisco and live in Los Angeles. My hobby is CrossFit and I try to do it at least four times a week.

I am a fan of all cop shows and I wanted to make a San Francisco cop show. A show that brings you up close and personal with all the neighborhoods and gives the viewer a feel of what it was like to grow up in the City.

I started this script in May 2020. I always start with a premise line or some call it a logline. Then I outline scenes and story points and then list traits and conceits for characters. It takes me a while before I get to the pages.

2012. I sat down one day and realized how good I felt after a couple hours of writing. From that day on, it’s consumed me and work every day to get better.

Who is your biggest filmmaking/screenwriting influences? What about their style do you like or borrow?

Sheridan, Aaron Sorkin, and Shonda Rhimes. All of them write and direct truthful characters with genuine emotion that you can’t stop watching. The dialogue is real and pushes the story forward and they all write great cliffhangers. What I want to borrow from them is their engaging and diverse characters they create and that you can’t stop watching.

Bosch. I will sit down for eight hours straight and binge the season. I love Titus Welliver as Bosch, the back story of his character and the moral compass he has to do the right thing and fight for justice.

Morgan Freeman running on the beach to Tim Robbins in the last scene of Shawshank Redemption. It was a friendship for the ages and I wanted to see it live on.

Rocky Balboa. What a complete character from head to toe. From the City he was from to the way he spoke to his physical build. I loved watching him and rooted for him in the theater as a kid in sold out shows.