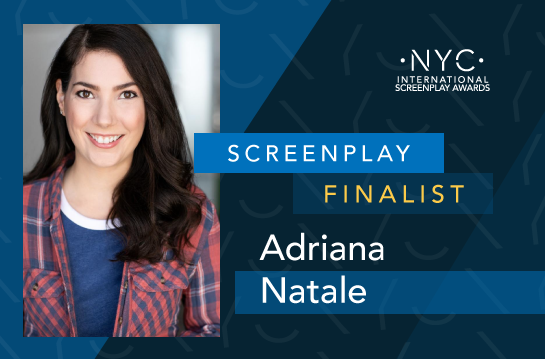 My name is Adriana Natale Weber; I was born in the suburbs of New Jersey and moved to Los Angeles, where I’ve been living for the past ten years. In my free time, I enjoy hiking, playing games (such as Dungeons & Dragons and League of Legends), and practicing the piano.

Like most young girls, I grew up mesmerized by Disney princesses and believed that you lived happily ever after once you got married (or became an adult). But life is more complicated than that. I became disenchanted by the world my generation inherited. Lies about weapons of mass destruction, mounds of student debt, crazy housing prices, stagnant wages. Plus, the pressure for women to be smart, beautiful, charming, and generally perfect. I took my frustrations and looked at the fairy tales I grew up on. I saw opportunities to show more of the dark side of these classic tales that Disney glossed over with fairy dust and smiles. I spent months researching classic fairy tales and brainstorming.  Another three to go from concept to the first draft and then about a year working on it off and on to get it to the polished state where it placed as a finalist.

EverAfter was the second script I completed. At the time, I was enrolled in a TV Comedy Writing Certificate program at Writing Pad.  I took their classes which led to an outline and then the first draft. From there, I joined a writing group and furthered my research and learning to develop more skills and tools and apply that knowledge to future drafts of my pilot. I believe everything is a process, and I continue to improve my understanding of the craft while refining my scripts.

It wasn’t till I was thirty that I realized I wanted to become a TV Comedy writer. I always loved storytelling growing up, but I lacked confidence in my writing ability. Instead, I fell in love with acting. After years of frustration with the lack of interesting female characters I was seeing, I decided to take a class and write my own. One script became two, and by the end of my first year, I had written three original pilots. I realized that not only did I enjoy it, but I had a knack for it.

I know everyone says this, but The Office. Does that make me basic? I guess I’m okay with that. I’ve watched the whole series countless times. However, I will admit, the first time I saw The Office, I couldn’t handle how cringy it was. But I gave it another shot and was soon binging it. It’s funny, heartwarming, and after getting used to the extreme awkwardness, I fell in love with the embarrassing moments of truth. I love the characters and their complicated relationships with one another. From Jim and Pam to Dwight and Michael and everyone in between. And how the characters continued to surprise me even when I thought I had them figured out.

I love stories with complicated characters that can reflect upon larger societal issues. That’s one of the reasons why I love Walter White’s character from Breaking Bad. At first, he’s a regular guy who learns he has cancer but unravels into a murderous drug lord by the end of the series. Imagine if universal healthcare existed in the United States, he’d still be a mild-mannered chemistry teacher.