How To Write A Screenplay That Sells In 10 Steps 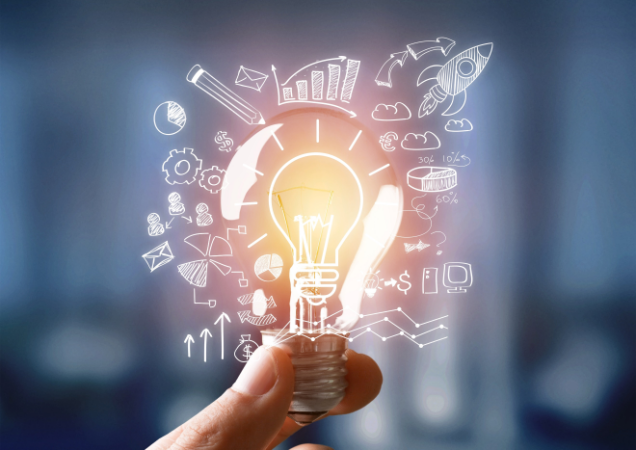 How To Write A Screenplay That Sells In 10 Steps

Figuring out how to write a screenplay is a tricky business. But screenwriting websites can be of help. Sure, you may have the discipline. You might be willing to do the work. You could even handle rejection and do multiple rewrites. But do you understand the basics you need to master before you get your hands on that gold statuette? Let’s cut to the chase, because you’ve got a script to write.

Ignore any of the following essentials at the risk of your entire career, because what I’m about to tell you is basic stuff on which your success truly depends.

Any professional script reader will not read past your second or third failure in this regard. Do not underestimate typos or misplaced apostrophes. Sloppy spelling and weird grammar are a stumbling block to fluent reading. Don’t depend on spellcheck or grammarchecker. Have someone who knows this stuff (if it’s not you) go through your script with a red pencil and fix it all.

2. Format as per industry standards

Professional guidelines are easy to find. Follow them. Basics like ALL CAPS for character names above screenplay dialogue and proper indents cannot be missed. Use formatting software if it’s all too complicated to absorb. Use Courier font, nothing else. If you get creative and make up your own rules, McDonald’s is always hiring.

That means everything you’ve ever seen or heard before in all your favorite movies. Archetypical characters are one thing…but they need to act like real people with genuine motivations and personal objectives. It’s called originality, and without it, your screenplay will never see the light of day at the end of the tunnel where no man has gone before and greed is good (no extra charge for those clichés).

4. Outline your story before you start the script.

Yes, we know you have a great story. But what’s the point if you don’t know how to write a screenplay that proves it? Start an outline and map out your story. Draw a line at your dramatic (even in a comedy) act breaks. Can’t find them? Then you don’t have a story or a narrative that will ever sell as a screenplay. In fact, you’ll be halfway through and wonder what’s next. Why is this scene here? Does it really move the plot forward? Or is it just a page filler? Only a straightforward outline with clear, well-established elements of a screenplay can prevent that stumbling block. Save the brilliant dialogue until you know exactly where everything is going.

Those paragraphs of timeless prose where you describe how everything looks, how everyone feels, and how the action plays out on the set? They stop script readers dead in their tracks, they interrupt the flow of your story, they enrage directors, and they get your script tossed into the circular file. Cut them out. All of them. One of the most important elements of a screenplay are screen directions (better referred to as “scene slugs”) and they should just tell the basics: Location. Day or Night. Fundamental action (“The car pulls to the curb and they get out.”). Keep them short, keep them simple.

Your opening sequences are critical to your success. Bore the reader with 10 pages of prelude to your story, and your story will never be read. Make your script impossible to put down by making things happen right off the bat. Put your best stuff right up front to hook the reader from the very first scene and keep them till the last one.

Amazing denouements and surprise endings based on information you don’t reveal until the last three pages aren’t just aggravating; they’re lame. Such magic tricks only prove you haven’t done the real work of foreshadowing or the proper process of character development. A reader (the audience) will stay with you only if you give them a reason to trust that what you’re telling them matters for a proper resolution.

Real people rarely say exactly what they mean so neither should your characters. That doesn’t mean you let them ramble on in oblique, pointless, redundant exchanges. In any proper screenplay dialogue, every line should move something forward in the scene, but other than the obligatory “I’m going to kill you”, your characters need to be subtle in expressing their motivations and objectives so that the audience can see it’s a realistic conversation.

Without conflict, of course, your characters have no reason to interact and the script reader won’t care about anything they do. Everyone in your script must want something, and your job is to make it difficult for them to get what they want. But don’t make it so incredibly arduous for any human to achieve those objectives. Sure, make your hero struggle to survive or to overcome the odds. But neither make their hurdles too high nor too low. A reasonable degree of difficulty is just enough to entertain.

10. Take a moment. Put your finished screenplay down.

By ‘a moment’, I mean 24 hours minimum. Read something else…then read your script again with fresh eyes. Wait—did you really make all those typos and spelling errors? Wait—did you really have your heroine say those silly words? A careful re-read is necessary. It will save you unfathomable embarrassment and just might save your writing career. Do it. And then…do it again.

Writing—and the world of screenwriting in particular—is not easy. You’ve visited endless screenwriting websites, so you know what’s ahead of you. But you’ll be much closer to achieving your screenwriting goals (dare we say fame?) if you master these ten crucial basics. They are your guidelines on how to write a screenplay that will make the right first impression and hopefully kickstart your career as a professional screenwriter and filmaker.